The commanding site is of enormous historic interest, as from this very spot, Henry VIII observed the grandiose building works on the opposite banks of the River Thames at Hampton Court, which “compelled the ambitious architect (Cardinal Wolsey) to couch his premeditated presumption, under the finesse that it was intended to be a humble offering from a poor but grateful servant to his most august liege lord the King.” 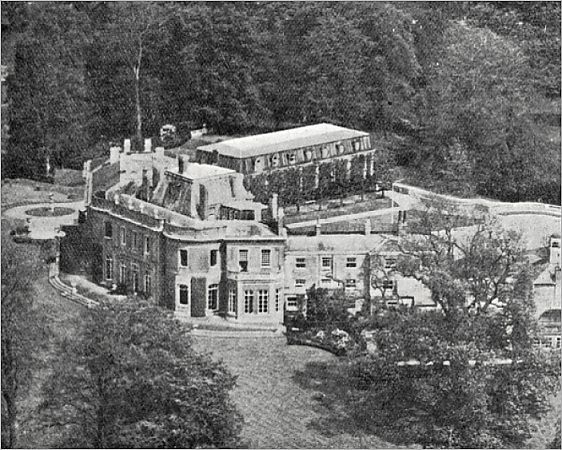 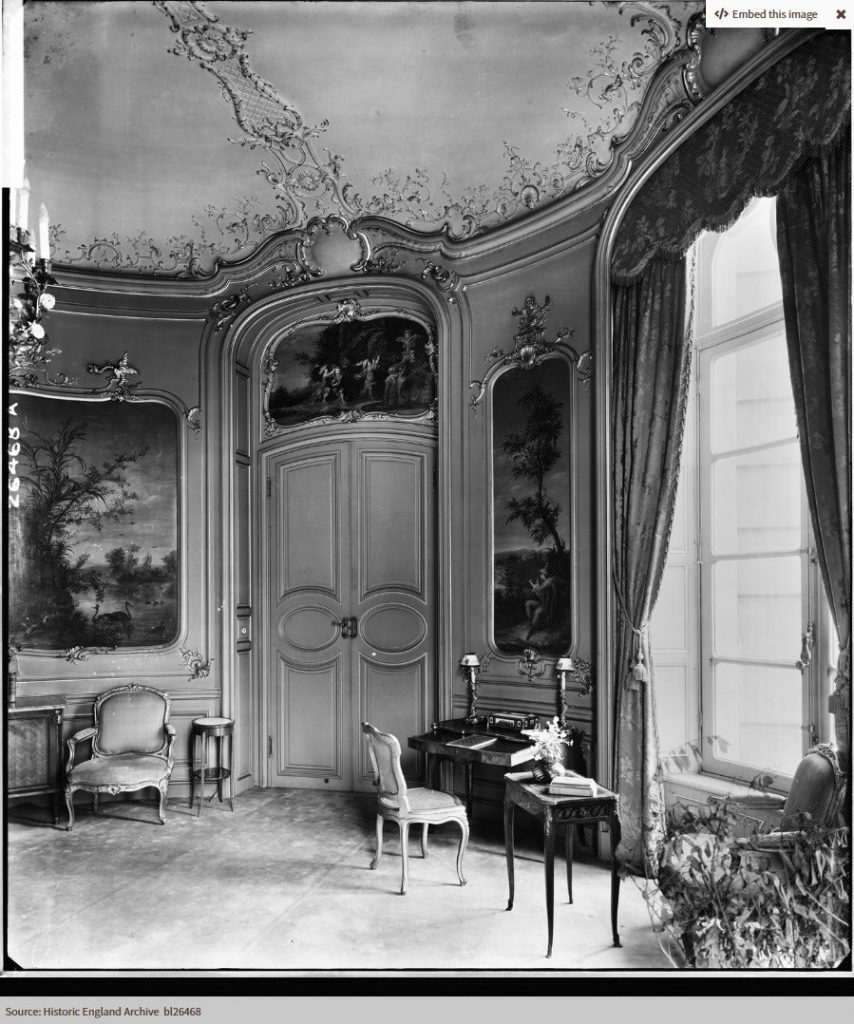 The manicured grounds that surround Esher Place House have superb provenance and crucially still enable one to understand and fully appreciate this property as a country estate residence. Any development would be devastatingly detrimental and compromise its historical interest. The 1930s saw its kitchen garden and 18th century garden buildings isolated onto parcels of land and many have subsequently been lost. However, this site is of national significance and has seemingly been overlooked:

It is imperative that no development within the grounds is permitted and indeed it would be prudent for EBC to stipulate that the eventual developer of the house is required to be sympathetic to the landscaping and return it to its former glory. There are currently only three entries within Elmbridge – Claremont, Painshill and Oatlands – on the register of ‘Parks and Gardens of Historic Interest’ complied by Historic England and unquestionably in order to safeguard Esher’s historic features and qualities it too urgently needs to be added to this register.

The history of Esher Place House must be celebrated and never be swept into oblivion.

In 1805, John Spicer purchased the estate from Henry Pelham’s heirs for £37,000.  Spicer was a stockbroker who reputedly made his fortune because of Nelson’s victory at Trafalgar. His arrival caused quite a stir, as he was the first person without a title to be installed in Esher.

John Spicer unceremoniously demolished all the additions that Kent had made for Pelham, leaving Wayneflete Tower to stand alone as a monument to the past. Ironically, Spicer built a neo-Palladian house on the hill to the southeast of the Tower – in the location and style that Kent had first proposed. This new position provided the Spicers with a commanding view of the neighbouring countryside. The materials from Kent’s additions were reused to erect a brick mansion, stuccoed in imitation of stone where the Summerhouse stood, which was also dismantled. Similarly, when Lord Clive bought Claremont from the Duchess of Newcastle in 1768, following her husband’s death, he chose to relocate Vanburgh’s palace and salvaged the materials to build a stately neo-classical house to the north-east on higher ground. The project for Spicer was superintended by Edward Lapidge (who was also County Surveyor and designed the bridge at Kingston-upon-Thames).

No further major building work appears to have been carried out until after 1893, when Esher Place was sold at auction at Token House Yard, London for £18,600. The new owner and resident was a financier and diplomat of international repute, Sir Edgar Vincent, who later became Lord D’Abernon.

Sir Edgar employed the architects G T Robinson and Achille Duchene to extend the house and create a pseudo 18th century French chateau. Spicer’s original house and stables formed the south-east wing, whilst Wayneflete Tower remained a distant eye-catcher in the valley below.  Follies may well have been the vogue of the day, but the Tower has always been recognised and appreciated for its medieval past and perhaps this explains its continued existence today.

Esher was prominently returned to the social calendar within decadent high-society during these Edwardian times and became an established venue for rich and famous socialites.  Edward, Prince of Wales, later King Edward VII, met the cost of building a theatre and an indoor royal tennis court. Sir Edwin Lutyens (the renowned architect and designer of the Cenotaph, Whitehall) created an open-air amphitheatre and sunken garden, that both still exist.  Pelham’s landscape had matured to perfection by this time and the estate’s paddocks were animated with Lord D’Abernon’s finest bloodstock.

The aura and fame that had once surrounded the Pelhams’ occupancy returned to this elegant and spacious estate and it proved to be a suitable setting for the rich and famous of Edwardian Society and provided a fitting venue for the English upper classes at play. Edward, Prince of Wales, was a frequent visitor and locals circulated rumours of a romantic involvement with the childless Lady Helen Vincent. Lady Helen’s beauty received international acclaim and she was particularly admired in France where her photograph appeared in the 1900 edition of Les Modes, the Parisian equivalent of today’s Vogue. Lady Helen was one of “The Souls”, an exclusive intellectual circle comprised of the most influential and creative figures of the day, whose members also included Arthur Belfour, George Curzon, Henry James and Edith Wharton.

In the Autumn/Winter of 1906, it was reported that Lady Helen Vincent joined Sir Winston Churchill and Muriel Wilson on a European tour. Sir Winston was living a relatively idle life at this time, and they visited France, Moravia, Austria and Italy. They were noted to have travelled in Lionel Rothschild’s motor car at the apparently blinding speed of 40 mph.

Lady Helen was the Vice President of the Kingston Division of the Surrey Red Cross and during the First World War was posted to the Italian Front Line. Throughout the war she administered a total 1,137 anesthetics and “without losing a soul!”

Events that took place in the Library of Esher Place during the 1920’s served to enhance Lord D’Abernon’s role in Anglo-German affairs and paved the way for his appointment as the first British Ambassador to Berlin, a position he held until 1926. He became involved in drafting the Treaty of Locarno with the Foreign Secretary, Austin Chamberlain, and other Allies. After long evening meetings, Under the Ministers’ Seal, the documents were placed into the strongroom, (which today is still located in Esher Place House). Despite D’Abernon’s heavy involvement in creating the Treaty, it was Chamberlain who was ultimately rewarded with Nobel Peace Prize in 1925.

The D’Abernons left Esher in 1934, leaving their property to the Shaftesbury Society for use as a girls’ school. Much of the remaining parkland of Esher Place including Wayneflete Tower was sold to Wayneflete Holdings Ltd, and the estate was broken up into various parcels of land and subsequently the private estate of Esher Place was developed as we know it today. 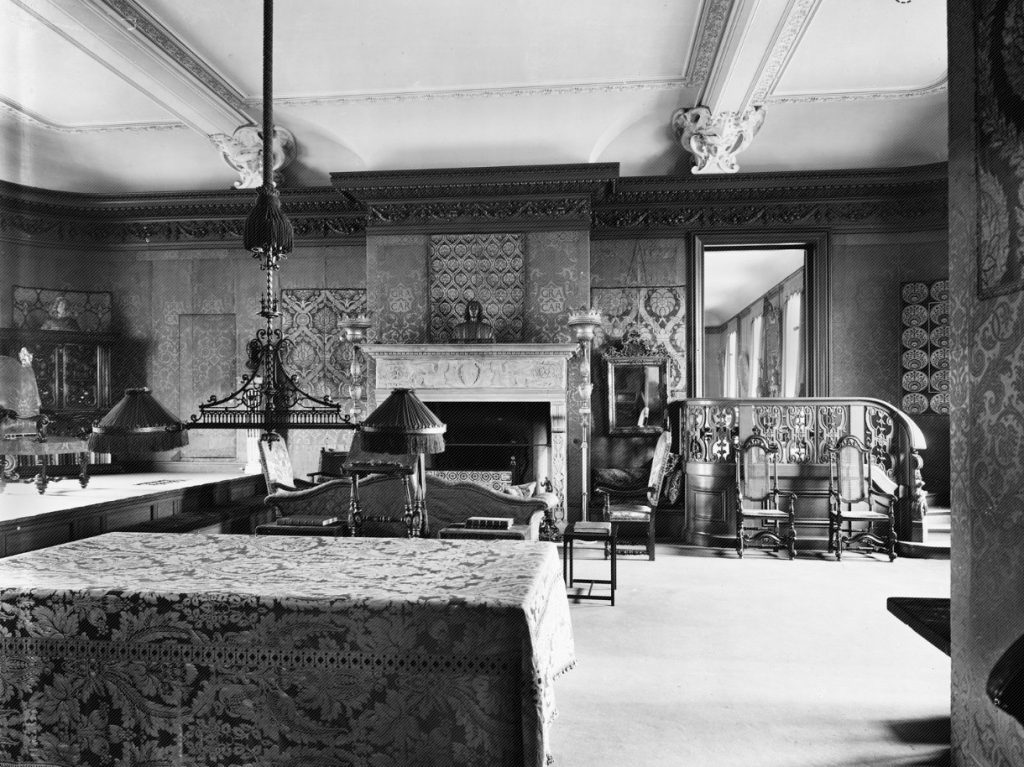 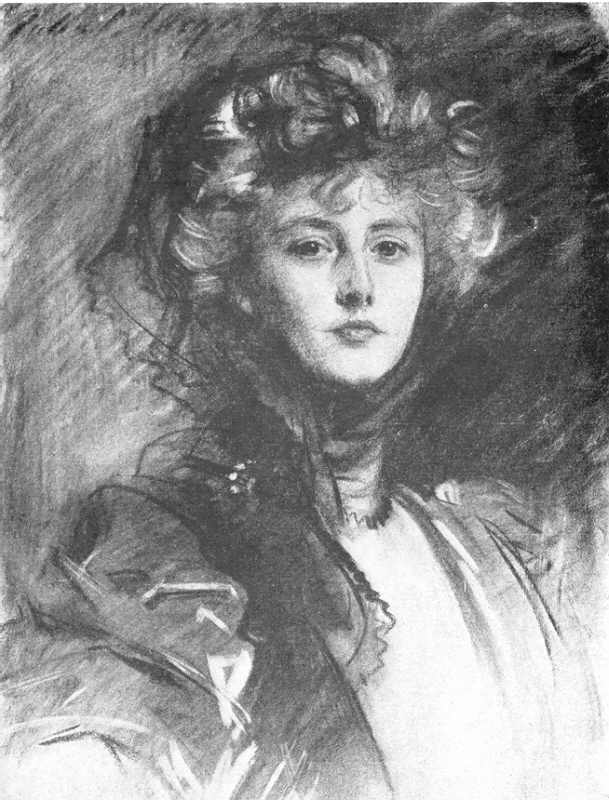 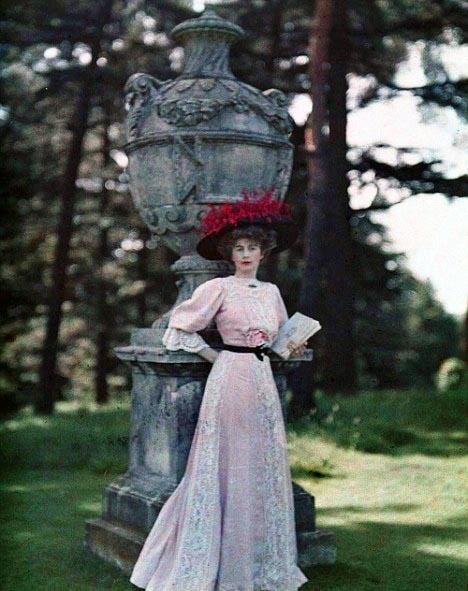 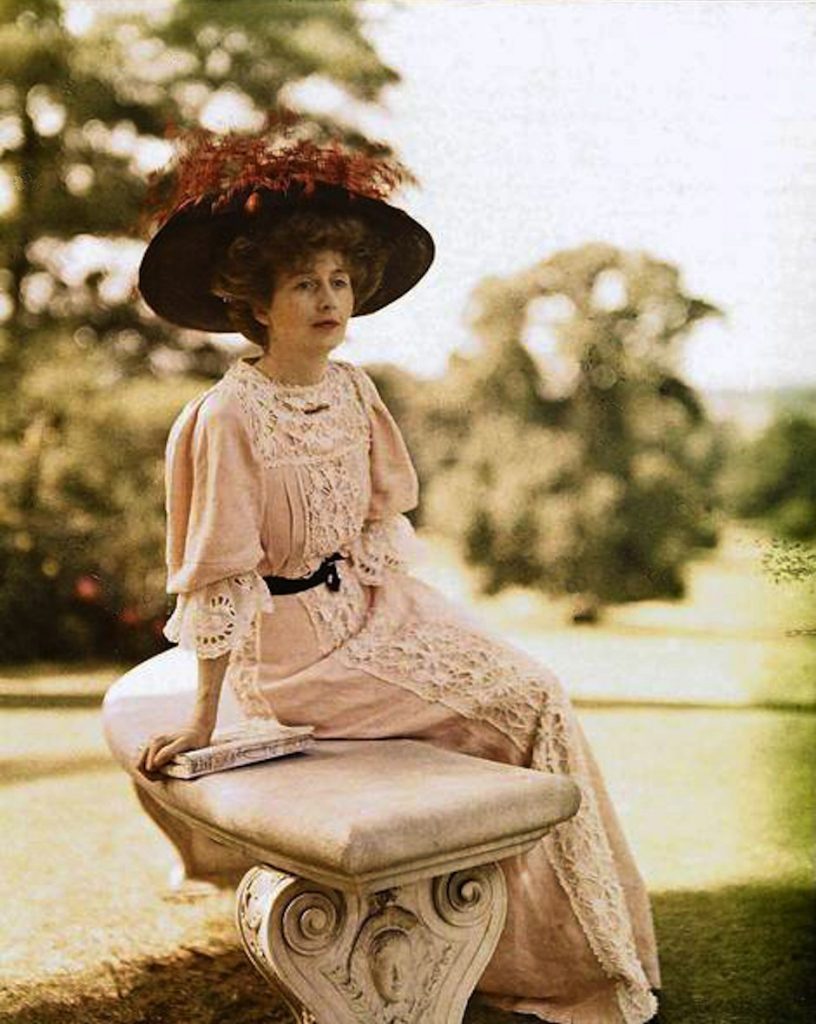